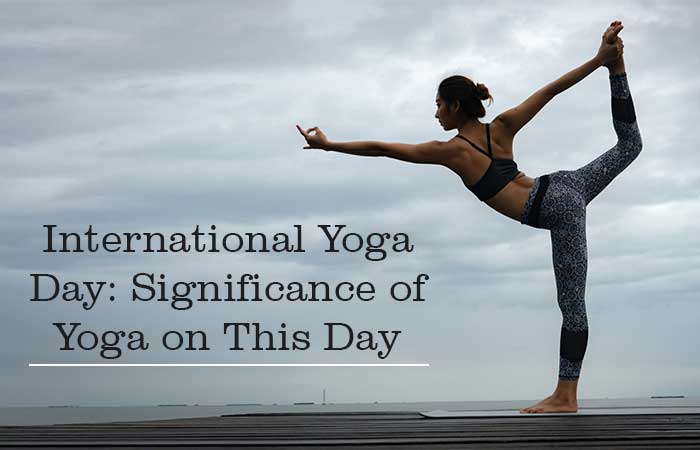 International Yoga Day: Significance of Yoga on This Day

Prime Minister Narendra Modi suggested the celebration of ‘Yoga Day’ on 27 September 2014. He delivered a speech at UN General Assembly when the first idea of International Yoga Day came into existence.

After the first draft, the idea of this day was further propelled by 177 members of the United Nations. With that, the first International Yoga Day came into emergence on June 21, 2015. After that, it is regularly observed every year with a different theme.

The question arises – what was the need to celebrate International Yoga Day? Which reason led to accepting this day to signify yoga as important? Well, for that, give the following points a quick read.

Prime Minister Narendra Modi in his speech quoted the following. After the speech, the idea was accepted. Hence, the following points highlight the need to accept yoga into the routine.

The art of yoga came from the ancient Indian tradition.
It signifies the bond between mind and body along with thoughts and actions.
Further, yoga signifies the harmony between humans and nature.
Hence, yoga is a holistic approach to healthy well-being.
Yoga helps in the discovery of a sense of oneness with nature and yourself.
From changing lifestyles to raising your consciousness, it comes a long way.

Thus, all the points were mentioned in his speech led to the acceptance of International Yoga Day.

Why do we observe only June 21 as an International Yoga Day? Why any other day was not chosen for this?

June 21 is the longest day in the Summer Cosmic time. That was the primary reason to take this day as International Yoga Day.

Let’s go through previous yoga themes for International Yoga Day. This will give an idea about what goes against the backdrop of practicing yoga.

Here are a few points to learn about the significance of yoga. Go through them to enhance your overall yoga knowledge.